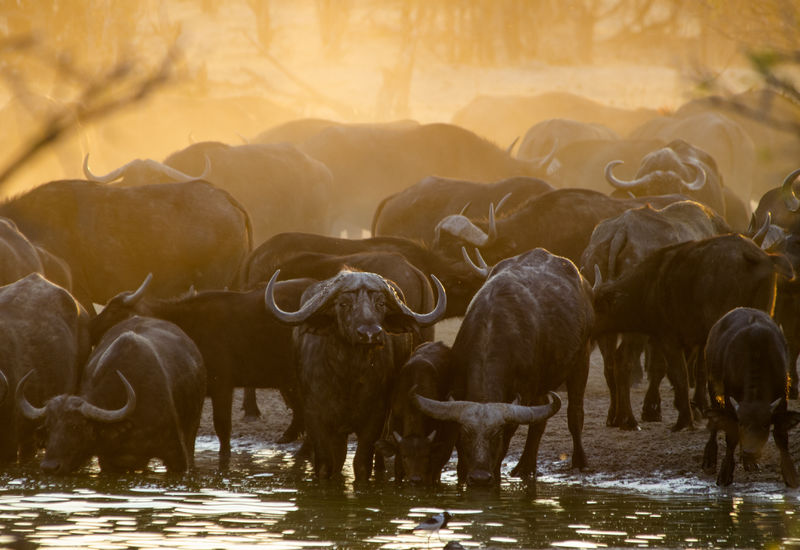 It was granted Game reserve status in 1928 and proclaimed a National Park in 1961.

The main entrance is located a two-hour drive or 30-minute flight south of Victoria Falls.

Hwange has always been renowned for its incredible diversity of wildlife, and to this day it boasts more varieties of mammal and bird species than any other Zimbabwean National Park.

The area is particularly famous for its population of elephant, some 44,000 strong.

Northern and southern Hwange can be linked by a game drive across the Park that can easily turn into an all day adventure.

Hwange's waterholes are famous and during the dry season months from June to November all of our wildlife including our magnificent elephant flock to them in a daily cycle that runs from morning until well into the night.

Month by month over view:

January:
January is a great time of the year for birders as the migrants are in full breeding plumage to attract mates for the season. There are lots of baby impala and other animals around that are a month or two old. Daytime temperatures can go into the high 30°C but with the rains, this can drop down making it quite cool and so a light jacket or fleece is advisable.

February:
The rains continue into February keeping everything green and alive. The rains still fall mainly in the afternoons in the way of dramatic thunderstorms which can make for some exciting afternoon and night-time viewing. Birders are in their element as the migrants are still around making the most of the abundant food in the area. February is a great time for photographers as the bush is lush and green and the skies are often dark with dramatic storm clouds on the horizon. Daytime temperatures can reach into the high 30°Cs, but with the rains it can also be quite cool, so a light fleece or jacket is a recommended.

March:
March sees less and less rain as the dry season approaches. When it does rain, it is usually in the form of an afternoon thunderstorm which can be quite dramatic with an impressive lightning show! The rains cool the temperatures down, and so a light fleece or jacket is recommended.

April:
The migrant birds start to disappear as they make their way back north. The temperature starts to drop as we move towards the end of the month which is the start of winter. On the Eastern edge of the Kalahari Desert, night time temperatures can drop to freezing and so warm clothes are recommended, especially for the morning and afternoon game drives in the open vehicles.

May:
As the surface waters in the Mopane woodlands start to dry up, so we start to see more and more elephants frequent the waterholes in the vleis and in front of both camps.

June:
June is traditionally the dry season which can make it some of the best for wildlife sighting as the bush thins out and the surface water dries up. Very warm clothes are recommended, especially for the morning and evening game drives in open vehicles. Being a desert environment the temperature range can be extreme as the sands of the Kalahari do not retain the warmth from the day. More and more elephants frequent the waterhole. Lion remain the most commonly seen predator,

July:
more and more herds of elephants as they make their way from the drier areas of Botswana and Zimbabwe. Hwange has permanent waterholes that are pumped which attracts and also keeps the herds in the area through the dry season. The waterholes attract more and more elephants as the surface water dries up in other areas. This can make for some spectacular elephant interactions and close up viewing from the camps in the area. The waterholes attract lion, kudu, zebra, buffalo and if you are very lucky wild dog and even leopard. Night-time temperatures can drop below freezing and so you do need to be prepared for this, especially for the open vehicles on morning and evening game drives.

August:
August is probably one of the busiest months in the park as it is peak dry season and great for game viewing. The elephant herds continue to grow in size at the waterholes, making for some up-clode viewings from the camps in the area. More and more animals frequent the waterhole. Zebra, impala, kudu, buffalo and sometimes lion, leopard and wild dog can all be seen drinking from the waterholes. Daytime temperatures are generally warm, especially towards the end of the month, but morning and night temperatures can be very cold and so please be prepared for this.

September:
September is the peak of the dry season. The bush has completely thinned out and there is very little to no surface water for the animals which makes them more reliant on the waterholes that are pumped on a daily basis. Huge herds of elephant can be seen at pretty much every waterhole in the park. This makes for some very exciting elephant interaction as herd after herd move down to have their turn. Daytime temperatures can reach into the 30°Cs, especially towards the end of the month, so be prepared for this. Evenings and mornings can be cooler as the desert sands do not retain this heat. As the month progresses on, so the air becomes more and more dusty which makes for some spectacular sunsets.

October:
October is the very end of the dry season which makes this one of the best for wildlife viewing as there is no surface water around meaning the animals rely heavily on the pumped waterholes. Huge herds of elephants are seen at every waterhole, including those in front of the camp in the park. October is probably the best time of the year for wildlife sightings, but daytime temperatures can reach into the 40°Cs, and with very little wind to cool things down, it can be quite uncomfortable. If you can stand the heat, then October can offer some of the best wildlife sightings around and with the thin bush,

November:
The rains are sporadic and generally start around the middle of the month. Afternoon thunderstorms cool things down, clear the air and cause the desert to transform into a green oasis. This is a great time to see lots of baby elephants which are born around the start of the rains. Towards the end of the month the impala will start to drop their young which can be an exciting time to travel as hundreds of babies can be seen waddling around in the nurseries. With the easier prey around the predators take full advantage which can make for some exciting predator / prey interactions. Daytime temperatures can reach into the 40°Cs, especially at the start of the month, but as the rains start, so things cool down. This is a great time for birders as the migrant species are seen more often.

December:
December is the true start of the rainy season, this usually means afternoon thunderstorms that cool things down, clear the air of dust and turn the vegetation green. The larger herds of elephants have moved deeper into the Mopane woodlands, although some of the smaller family herds and older bulls remain and still frequent the waterholes. Birders are in their element as the migrants arrive in force, in full breeding plumage and ready to attract a mate for the season. December can be hot during the day, although if there are rains it can cool down quite considerably and so a light fleece or jacket is recommended. 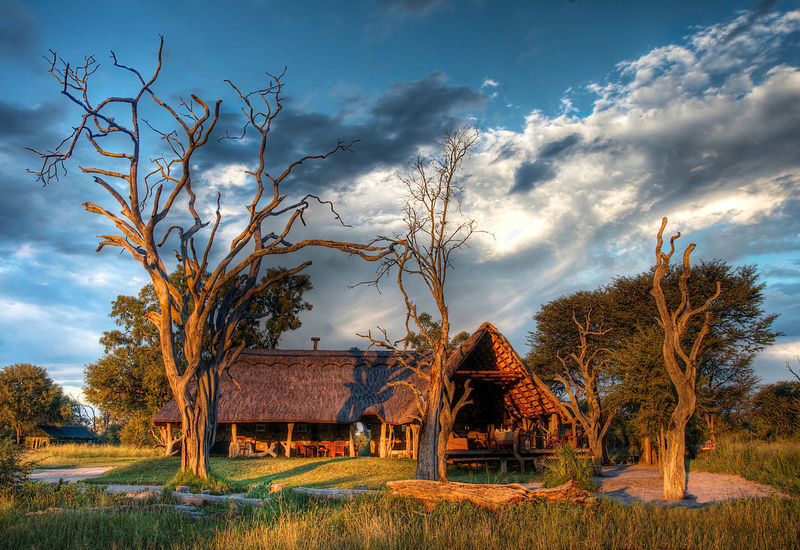 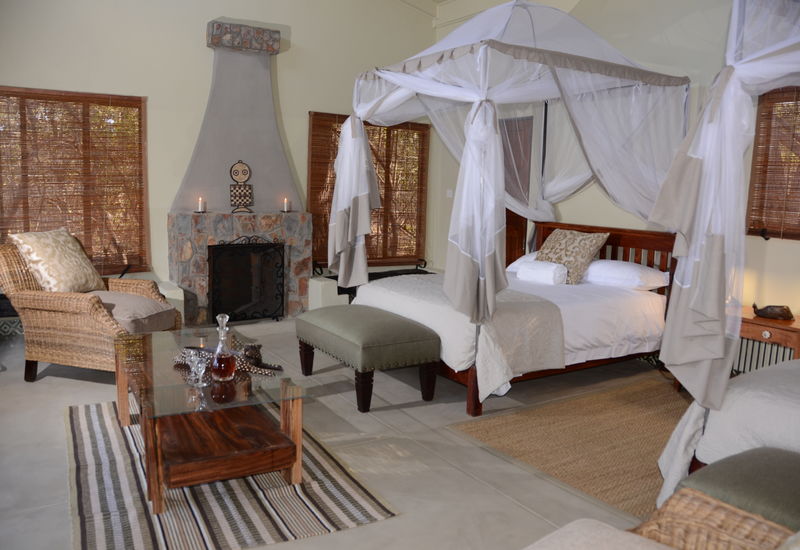 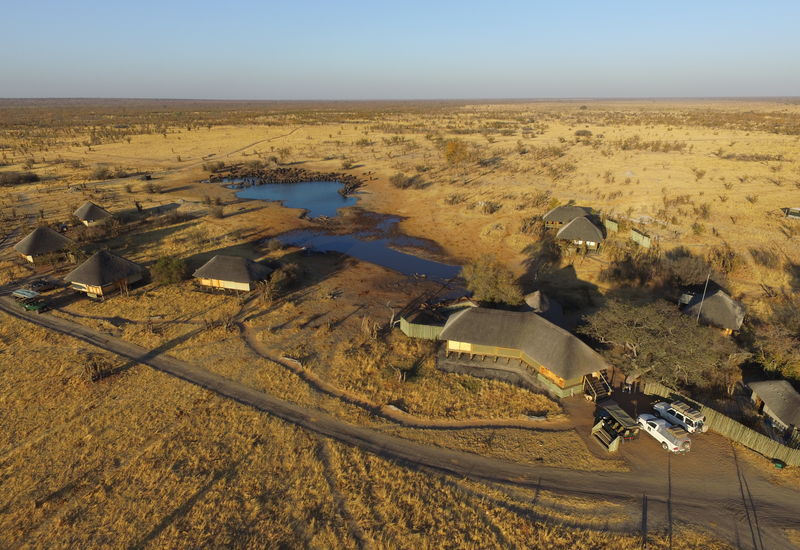 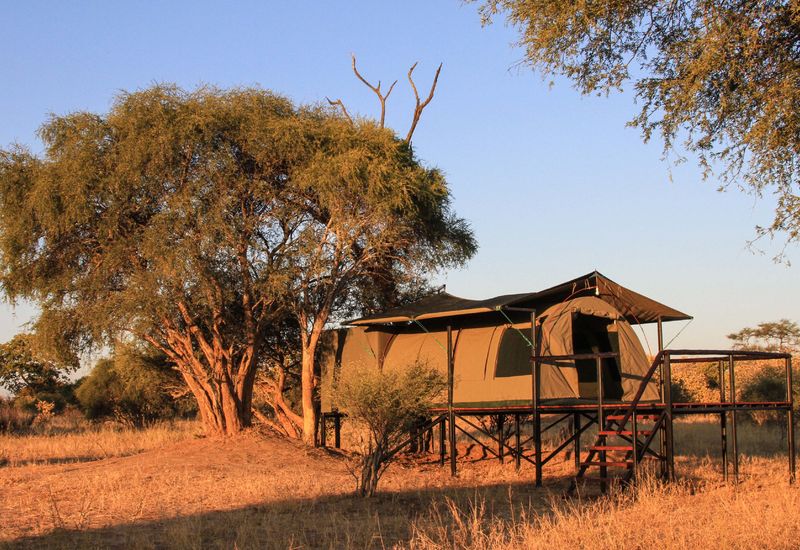 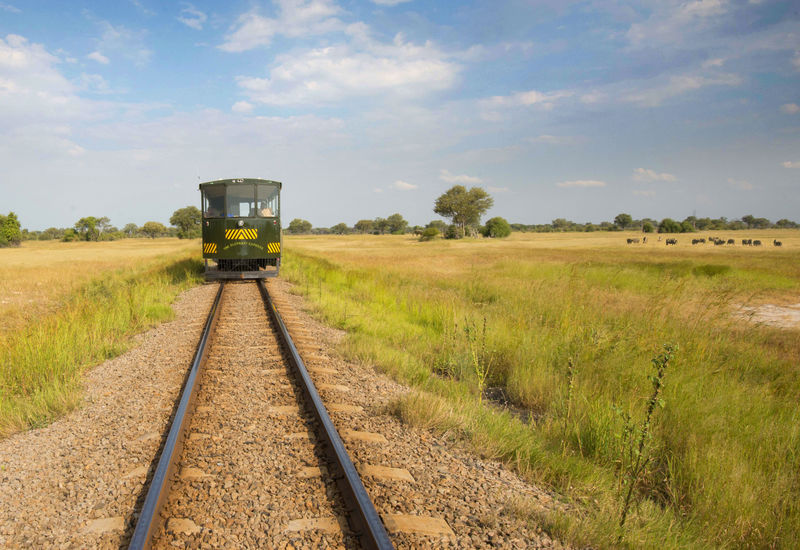 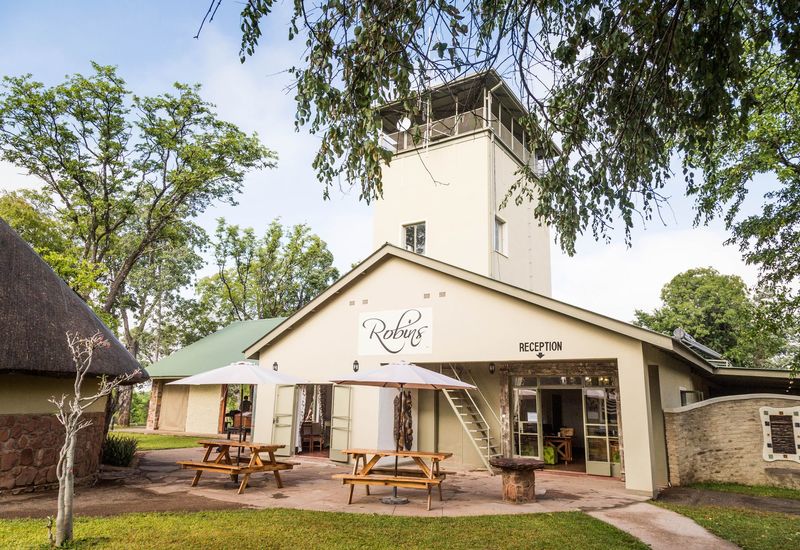 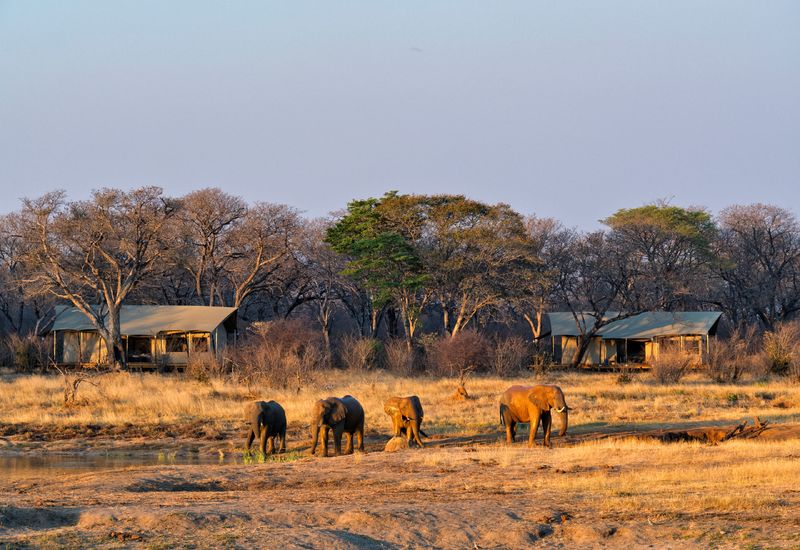 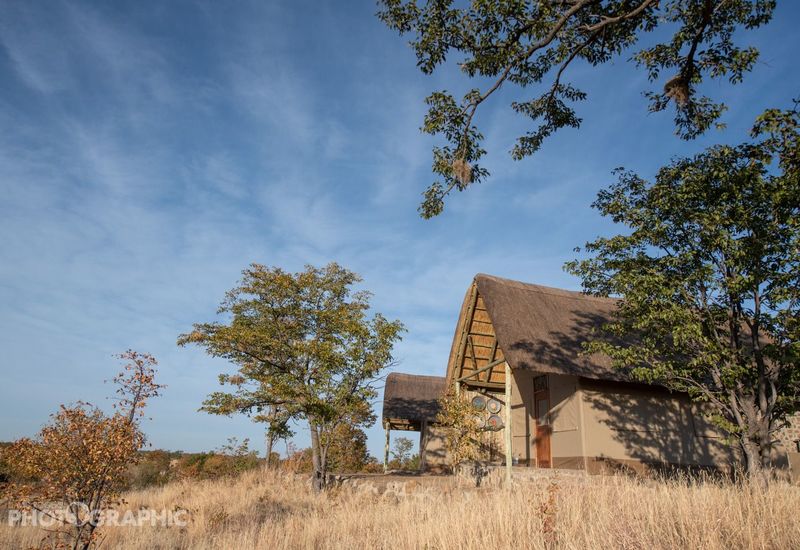 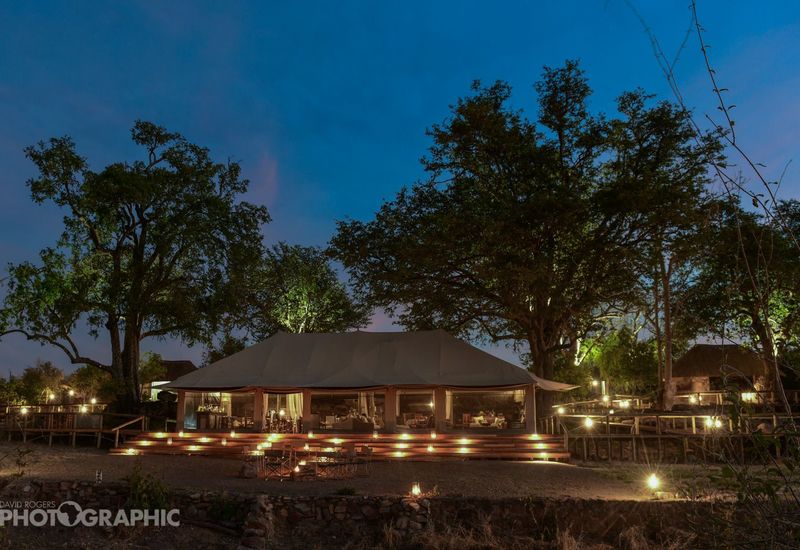 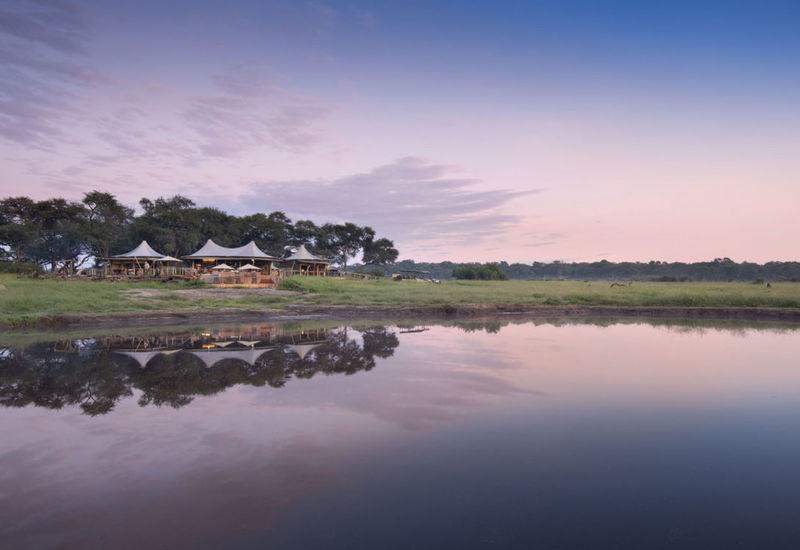 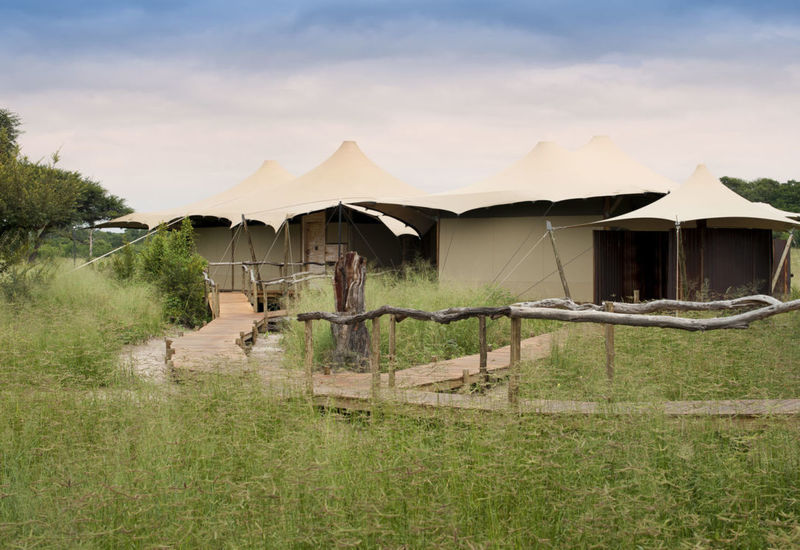 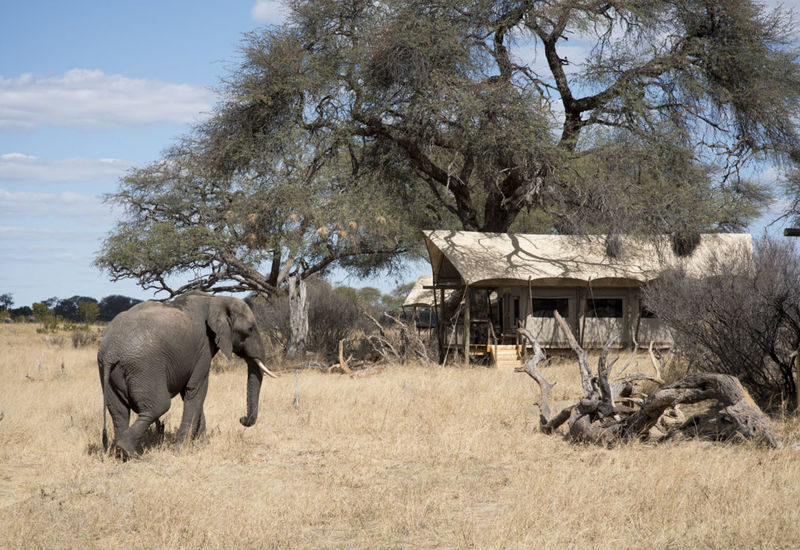 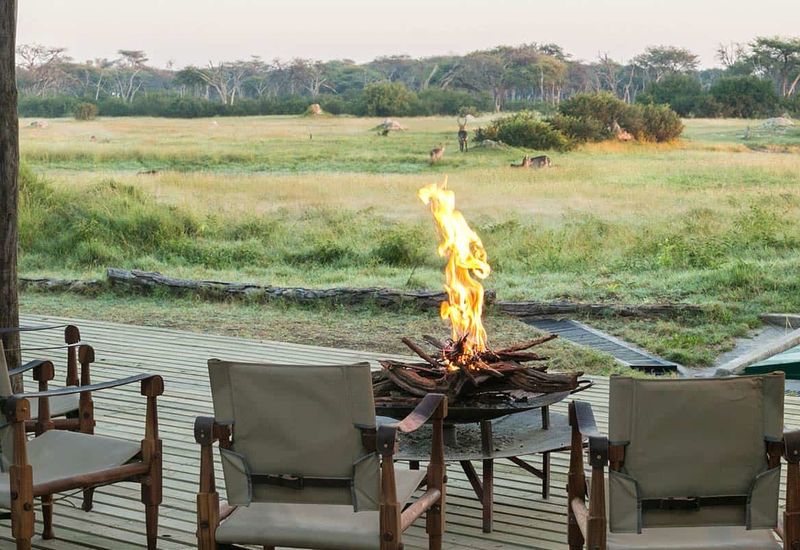 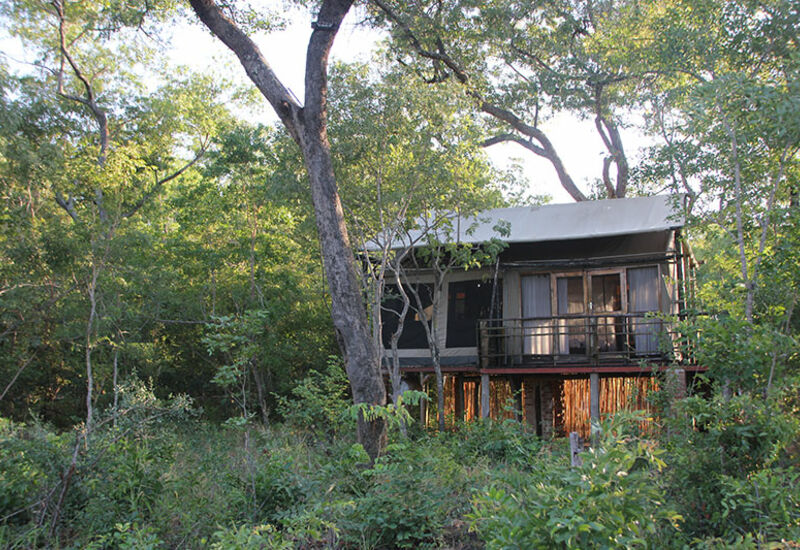 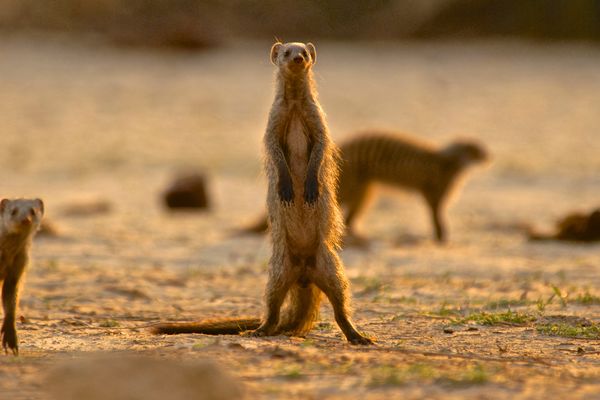 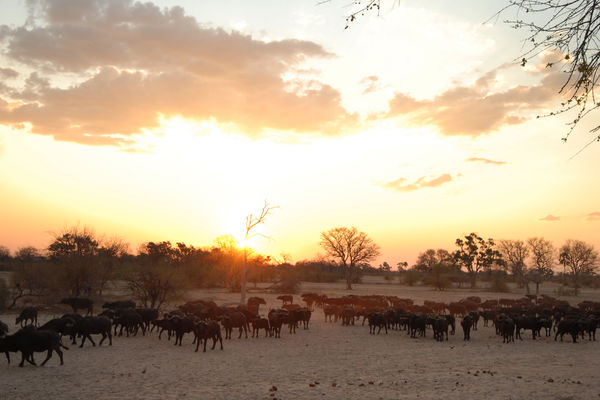 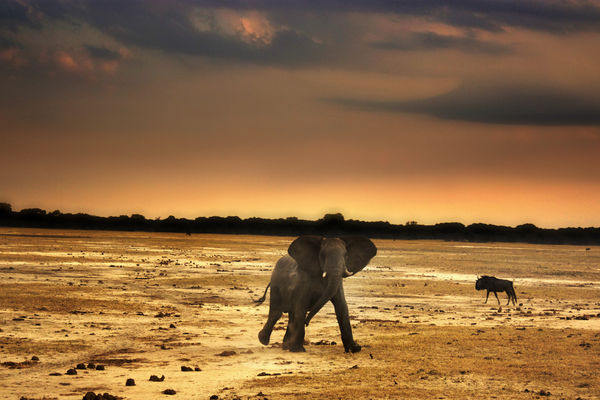 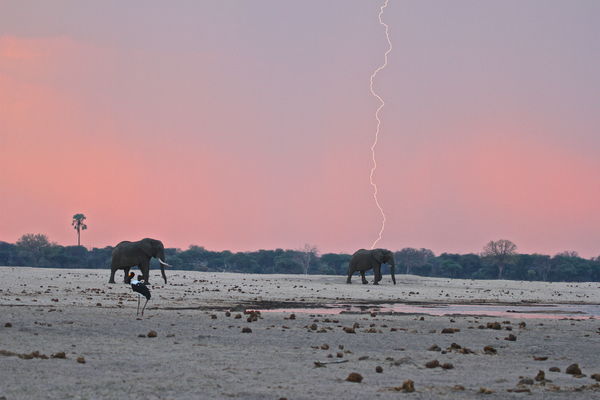 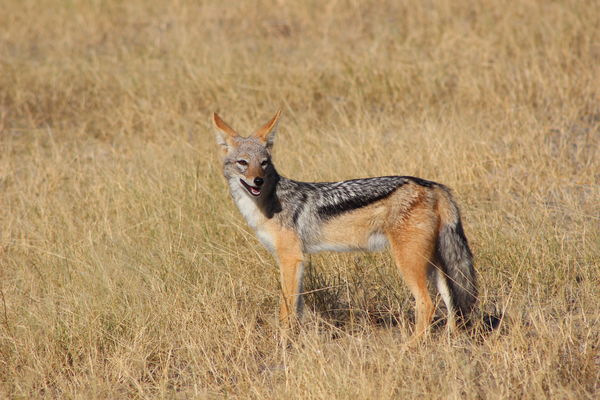 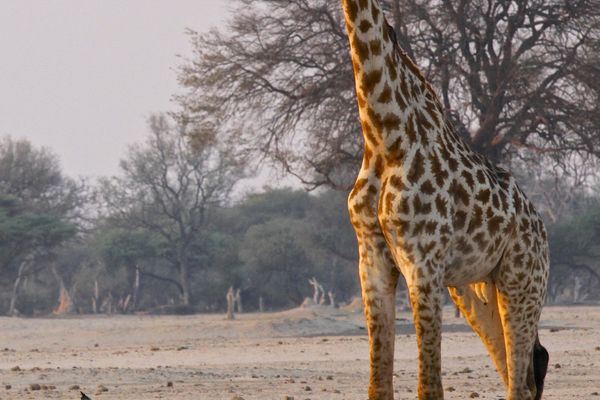 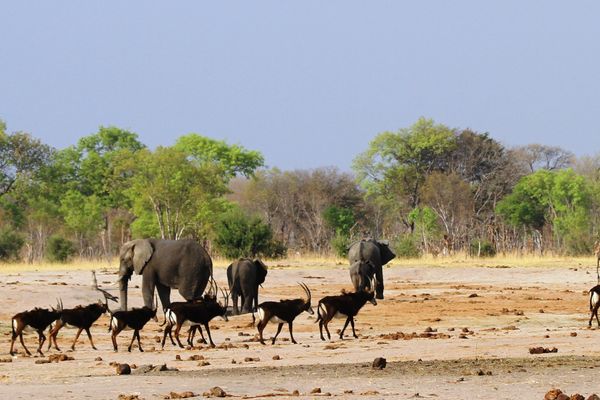 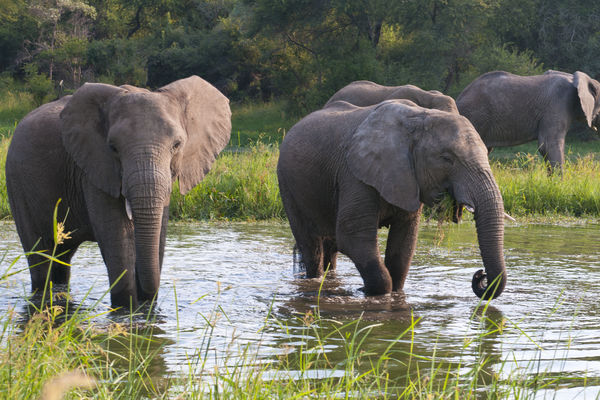 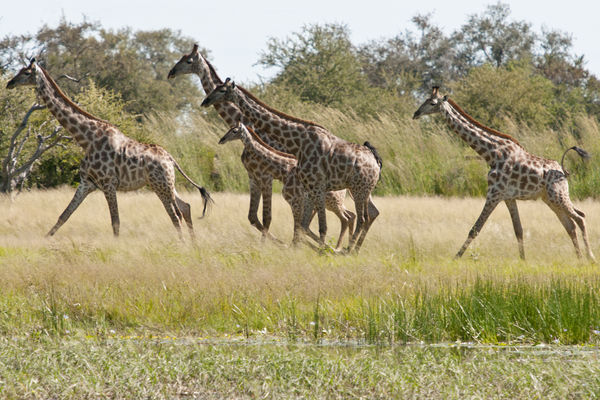 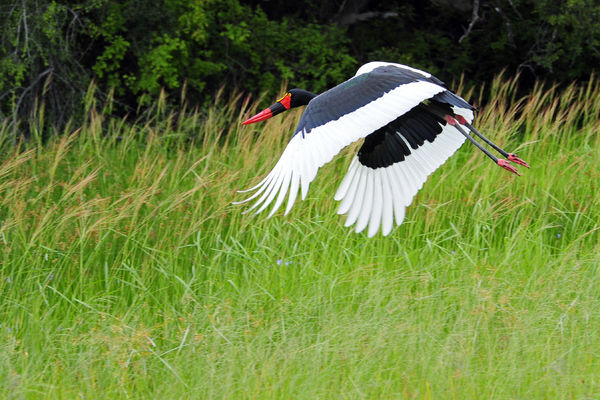 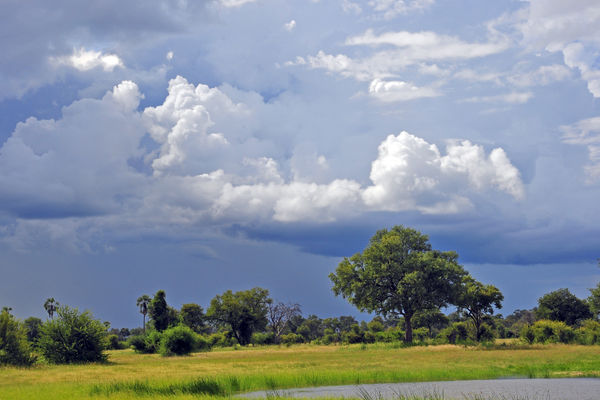 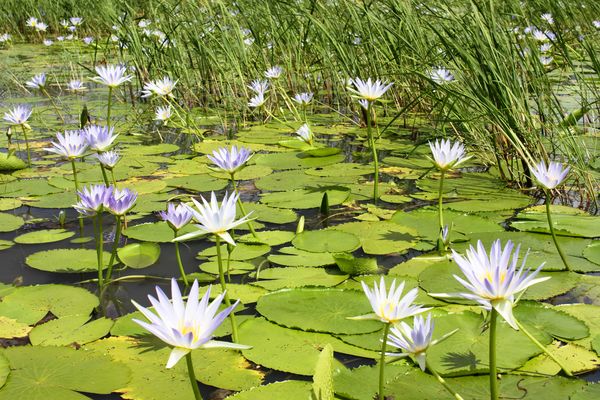