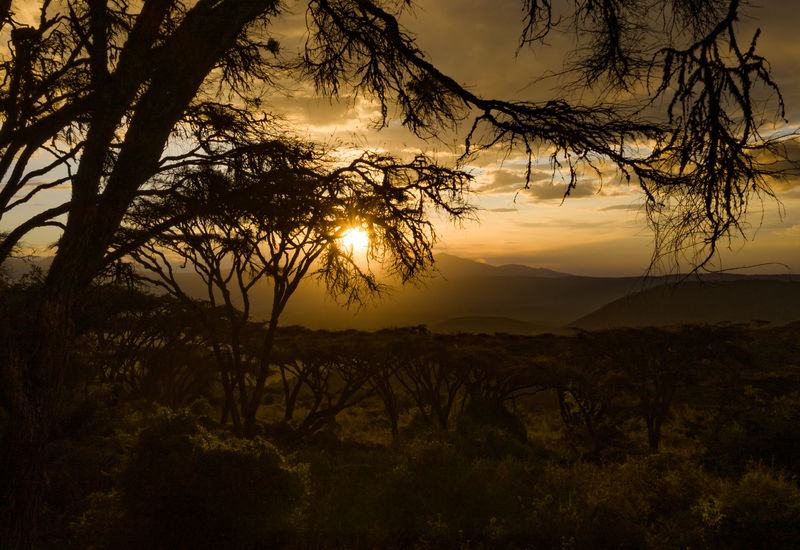 The Ngorongoro Crater was formed due to a collapse in the active volcano nearly 2 million years ago. The crater is 600m deep and is 260 square kilometers.

This has produced one of the most fertile soil and richest grazing grounds which attracts hundreds of hundreds of animals.

The Ngorongoro Crater is an all year round destination and is easily reached by air or road. It is 180 Km from Arusha.

December to March is lush and green, making it a birders paradise.

March and April is the rainy time - so come prepared.

May to August the area is dry, making wildlife sightings an amazing experience.

In the middle of the Crater you will find Lake Magadi, the Munge River flows into Lake Magadi. Flamingoes are often seen in the water feeding on the algae.

The migration are calving on the border of the Serengeti and Ngorongoro Crater. This is during the month of mid Feb to March.